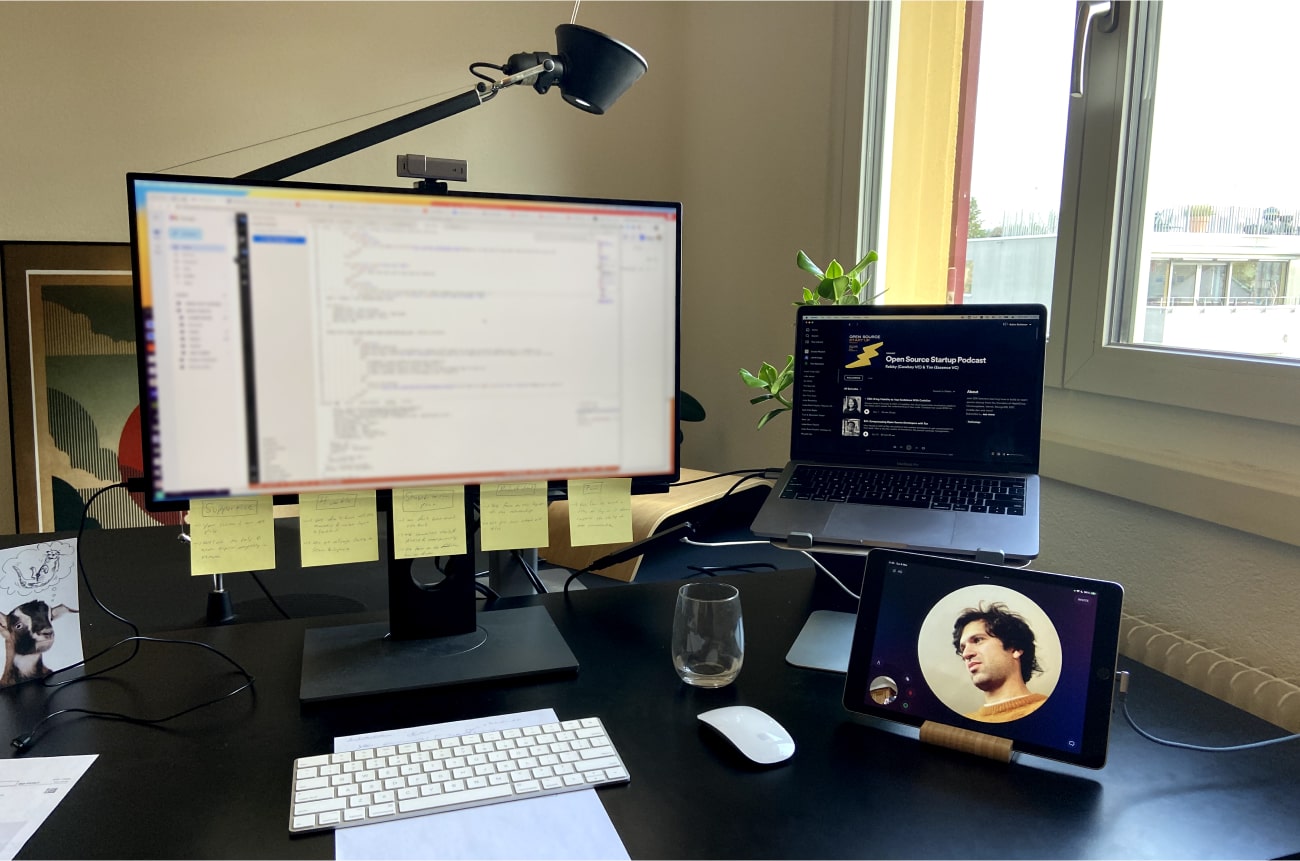 Nango is making integrations easy for engineers. They chose Closer to move faster and feel more connected as a remote team.

As a company that is working remotely, they're no stranger to adopting new tools that help them work faster. But when it came to their communication software, they were stuck in the past.

As a 2nd-time founder, Robin Guldener, Co-Founder and CEO, was accustomed to Slack, despite its limitations.

‍"Slack has always been my go-to, but obviously the challenge there is that you don't get context about your teammates."

‍"I think a conversation can be easier or faster to start instead of typing a text message."

The Nango team needed a solution that lived up to their fast speed of innovation. Robin states:

When Robin talked to his co-founder Bastien about Closer, Bastien was skeptical at first.

"The rule of remote work is it's not about control, and you should trust people's responsibilities. And video always-on is a way to enforce presence and remove parts of the appeal of working remotely", Bastian explains.

Shortly after this conversation, Robin and Bastien spent a weekend in person. They realized that working the same hours and having video on while having a scheduled call is essential but still not as good as working in person.

‍"It was a mix of Closer and Robin enforcing more structure that made me realize that I felt better at the end of the day and more productive, but it's not an idea that came naturally. I had to discover it and feel it to get there."

Real-time communication: The key for better results and culture

Moving to Closer meant saving hours on scheduled meetings and giving Nango's team a feeling that they were in the same room. Now, founder and CEO Robin can have quick, unscheduled discussions many times throughout the day.

‍"The real game changer with Closer is that I'm able to start a conversation with my co-founder without him needing to accept my request. And with video always-on, I have all the context about when is the right time to have a conversation."

‍"I believe that at early-stage startups, collaboration is key. And for that, Closer has really been a game-changer because it brings the best of in-office collaboration to remote sphere."

And the Nango team can share any web link with browser extension during the conversation right from their computer with just one click. Robin explains,

‍"Closer simplifies the entire process around collaboration. Sharing a screen is as fast as I would turn around my computer's screen to my co-founder, and we would be looking at the same screen together."

Would you like to try Closer with your team?