How Closer enables ar engineers to work from home 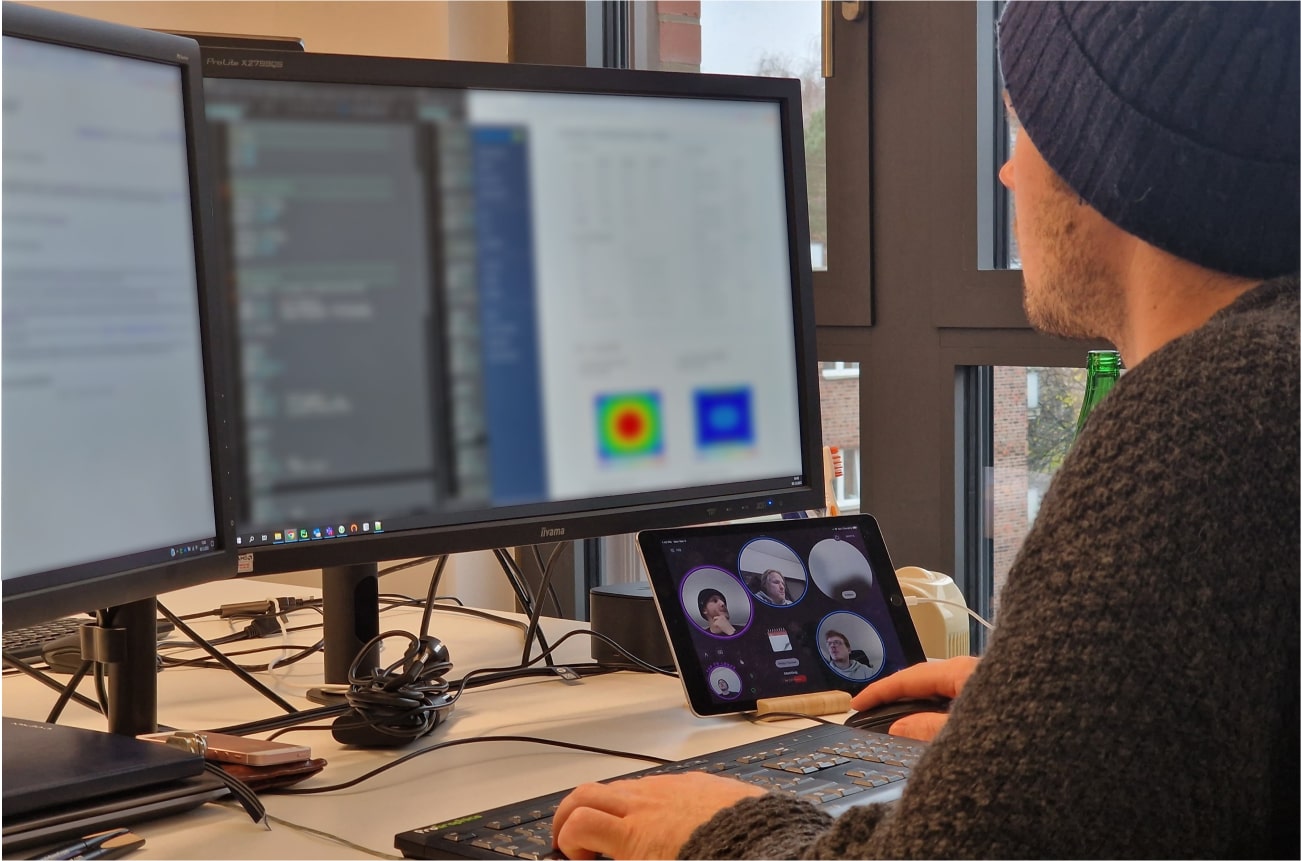 ar engineers offer engineering services and planning consultancy through all stages of product development. They are a team of 10 people working in the same office forever. The pandemic forced them to work from home for a while; therefore, their bad experience with remote work left a bad taste in their mouths.

This time they had a different challenge. One of their teammates moved to a different country. They knew the drill and all the downsides of not working in the same office. But this time, they decide to give Closer a try.

Their goal was to see if having that physical distance meant dropping out of the team spirit much more and if the pace of collaboration would slow.

Building trust is key to transitioning from an in-office to a hybrid way of work.

Felix, ar enigneer's engineer who moved to a different country, set his own goals for Closer.

Felix explains,
"My team, who's been working in the office forever, allowed me to work from a different country, and I wanted my team to see me when I'm working. I'm working the same hours as my team in the office, so with Closer, we can see each other, which builds trust."

"Where we work, we have our company rules, like, working hours overlap, working from the office, etc., and in general, we didn't have any rules for home office. We changed our working philosophy and the company due to Closer because people wanted more home office time. So I started to implement changes to our handbook. Now we include two days a week rule where everyone can work from home. Working hours overlap is still the same. Having a team in Closer, no matter the location is a key to building trust and having all the benefits of working in the same office."

When Felix moved, his team started working on the launch of their latest product with a tight schedule. Closer helped Felix and his team to move at the same speed as if they were working in the same office.

"When somebody gets onto a new branch and starts working from that, and then they have no idea why his stuff isn't working. It's much quicker to ask whoever wrote all that stuff, like, what do I have to do to start this instead of Googling it? Since Closer is running on my desk, I glance over and see if my teammates are available for a quick conversation. With just one tap, we are having a conversation and solving problems on the spot."

"I see that even when we are in our office, the most important thing is that people communicate with each other. So there's the right balance between trying it yourself and raising the question to your colleague. And the danger is when they work on problems independently for half a day instead of asking three hours earlier. When people work from home, this problem becomes even more common. With Closer, there's no barrier to raising the question to your colleague. You see all your teammates, and with a tap-to-talk, you start a conversation. As a CEO, I'm afraid people would get stuck at home with problems they would have solved in the office with a team. Closer solves it for us!"

Would you like to try Closer with your team?